How Does Hydrogen Generation By Water Electrolysis Work? At present, there are various known methods for producing hydrogen, including 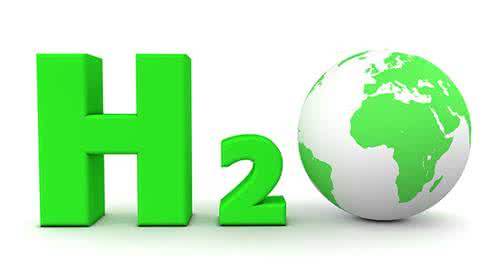 (1) Hydrogen production by alkaline water electrolysis: The hydrogen production technology has a long history, first learned from the Soviet Union, and later applied to domestic power plants, polysilicon, chemical companies, small laboratory chromatographic matching gas sources and other places, reliable equipment operation, low cost. The purity of hydrogen is generally around 99.8%. However, hydrogen contains corrosiveness, and it will corrode various parts after long-term operation for more than 5 years. It needs a major repair every five years, and the maintenance cost is relatively high. Abandoned lye needs to be treated in an environmentally friendly manner, and special personnel are required to be trained to work. Special attention should be paid to the regulation of hydrogen and oxygen. 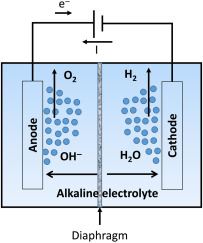 (2) PEM pure water electrolysis to produce hydrogen: This technology was first derived from the principle of the oxygen generator of the US nuclear submarine, because it uses a proton membrane electrolyzer, which can physically separate high-purity hydrogen and oxygen by electrolyzing pure water. It is widely used, including power plants, chemical industry, metallurgy, glass, medical treatment, high-end laboratories, etc., and there is a tendency to replace alkaline 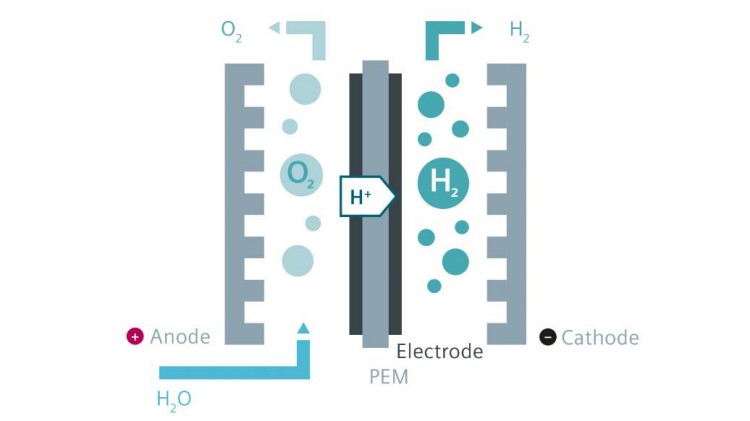 liquid electrolytic hydrogen production. Moreover, the technical equipment is small in volume, and the purity of hydrogen produced is high, ≥99.9995%, the whole operation process is pollution-free, the operation is simple, and remote unattended operation can be achieved. The safety performance is high, the running time is long, and the life of the electrolytic cell is generally about 15 years.

The biggest feature of this type of device is the use of pure water electrolysis, no pollution, no corrosion, and higher purity of hydrogen. Compared with the traditional alkaline hydrogen production device, its advantages include the ability to meet the large current density operation, the current density can reach 1A / cm2 or more; low energy consumption and high efficiency, the electrolytic hydrogen production efficiency can reach more than 85%; 3. Light weight. It has good adaptability to wide power fluctuation power supply, and can realize intelligent regulation of hydrogen production from 0 to 100%. The device has a high degree of integration and can realize long-term stable operation.

The disadvantage is that the cost of equipment is more expensive than that of lye electrolysis for hydrogen production, mainly from platinum catalysts. At present, various countries are researching alternative materials for breakthrough platinum catalysts on proton membranes. Future development is expected. Water electrolysis hydrogen production equipment has been more and more widely used, including new energy, power, petrochemical, pharmaceutical, metallurgy, polycrystalline silicon, meteorology, aerospace and other fields and major gas companies. The purity of hydrogen produced by the electrolytic water method can be as high as 99% or more, which is an important method for industrial production of hydrogen. When electrolyzing sodium hydroxide (potassium) solution, oxygen is released from the anode and hydrogen is released from the cathode.

(1) Potassium hydroxide is a strong electrolyte. The following ionization process occurs after dissolving in water:

Therefore, a large amount of K + and OH- are produced in the aqueous solution.

(2) The activity of the metal ions in the aqueous solution is different, and they can be arranged in the  order of activity: K> Na> Mg> Al> Mn> Zn> Fe> Ni> Sn> Pb> H> Cu> Hg> Ag> Au, in In the above arrangement, the front metal is more lively than the rear.

The electrolysis equation of water: When direct current is applied to the aqueous solution of potassium hydroxide, the following discharge reactions occur on the cathode and anode respectively, as shown in the figure below. (1) Cathode reaction. The H + (produced after water ionization) in the electrolyte is attracted by the cathode and moves toward the cathode, accepting electrons to precipitate hydrogen, and its discharge reaction is:

（2）Anode reaction. The OH- in the electrolyte is attracted by the anode and moves to the anode, and finally emits electrons to become water and oxygen. Its discharge reaction is:

The total reaction formula of anode and cathode together is:

Therefore, in the electrolysis process using KOH as the electrolyte, water is actually electrolyzed to produce hydrogen and oxygen, and KOH only plays a role of carrying charges.

For rectifier for hydrogen generation, call us: